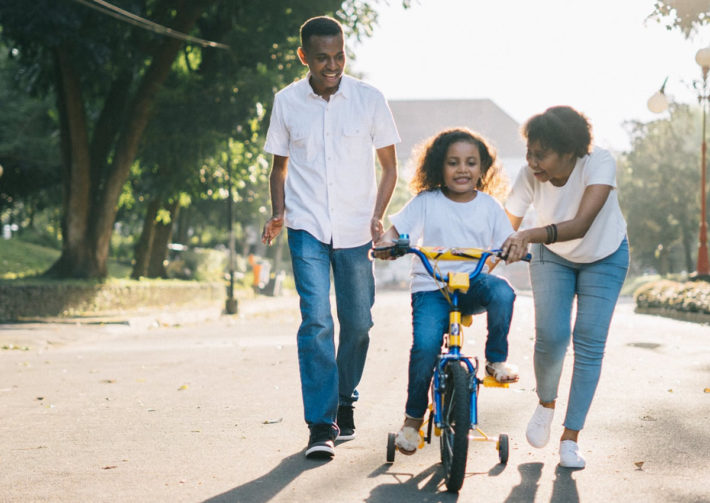 One of the toughest problems adoptive parents face is that of talking to children about the reasons they were placed in adoption. Adopted families can be so happy and loving that it can be hard to bring up any unpleasant information.

While you may wish you could protect your children from hard truths, the fact is, they think about their birth families and adoption stories more than you know — and they may imagine scenarios worse than the reality. “Parents think that talking about sad things will make a child sad, but they need to know that home is a safe place where sad feelings can be talked through,” says Joni Mantell, LCSW, director of the Infertility and Adoption Counseling Center in New Jersey and New York, (Adoptive Families, 2013.)

Experts agree that it’s best to reveal details slowly, to tell an age-appropriate story and build on it as your child matures. It’s a big deal for a child to know that his birth parents didn’t choose to parent him, and he will need time to get used to the idea. Reassure him that you will always take care of him. Experts agree that one talk is not enough.

Whatever the situation, your goal is to tell your child the truth, without painting a negative picture of the birth parents. Steer clear of the word “abandonment” — while it is the legal term used in these situations, infants who are truly abandoned (as opposed to left where they were intended to be found) usually don’t survive. Tell your child that she was left in a public place, so that she would be found right away.

And don’t be afraid to talk about feelings. “Children don’t just want to know the facts of what happened, they want to know how their birth parents felt,” says Mantell (Adoptive Parents 2013). “Using a calm tone, say that the decision was probably heartbreaking for the birth mother, but ‘she left you where she knew someone would take care of you and find you a forever family.’”

“Your birth mother was probably very sad because she couldn’t raise you, but she knew that the best place for you to be found and taken care of was the marketplace [or hospital, or wherever the child was found].

You were taken right away to the children’s home, where adults fed and changed you and helped bring you to us.”

“Your birth mother did the best she could, but she couldn’t take care of you. She didn’t have anyone to watch you while she worked, and she knew she couldn’t provide the things you’d need as you grew up, like going to school or seeing a doctor when you got sick. So she made a plan for you to live with a family who could provide those things for you.”

How can you tell your child that his birth mother had another child whom she’s raising? Surprisingly, most kids take this news very well. “Parents are afraid that the child will feel rejected because another sibling was ‘kept’ or came afterward,” says Mantell. “But when the idea is put out there early, rather than as a surprise, it gives them time to process it as part of the big picture.” The earlier you bring up the issue of birth siblings, the more easily kids accept the information. And later on, they will probably be more at ease connecting with birth siblings than with birth parents.

Janys Orelowitz has many years of Social Work experience, legal training and parenting training. She offers confidential counselling and support on parenting issues so as to facilitate a healthy parent/child relationship.

Please contact Janys to set up an appointment on: