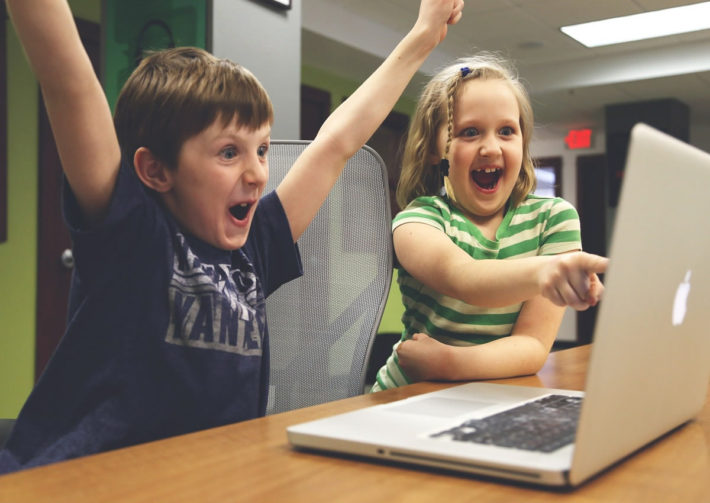 Today’s children are growing up in a different world to the one most of us experienced as children. Adapting to this new and constantly changing world is a challenge, not only for kids but for adults as well. We are the first generation of parents, child care workers, therapists and educators that are having to navigate the complicated road of raising children in the age of the internet and smartphones. Although the internet was being used in the 1990’s, it only became commonly used by children well into the 21st century. Smartphones have taken the new millennium by storm and today’s children are likely to get their first one around the age of ten. But it’s not only modern technology that makes today’s world complex for kids and parents. Childhood in the new millennium generally involves less freedom, mobility, independence, outdoor space and nature. All of this compromises children mentally, emotionally and physically. It can make childhood more stressful, alienating and joyless.

Are today’s kids better or worse off than yesterday’s kids?
Terrible, violent crimes are being perpetrated against children in today’s world. But has modern life brought about this level of violence and cruelty towards kids? Probably not. What has changed is that it’s no longer socially acceptable to treat children badly. Most of us are shocked and enraged when children are hurt. Children in previous generations were subjected to workhouses, harsh punishment and all kind of abuse. Children’s rights were unheard of. The Harvard based psychology professor, Steven Pinker, in his fascinating book entitled The Better Angels of our Nature makes a powerful argument for the fact that, contrary to popular belief, humankind has actually become less violent over time. Today there is a strong emphasis on human rights and people are outraged when babies and children are harmed. Violence towards children in the past was more likely to be seen as just part of an average and expectedly hard life. Maltreatment of children was the norm. In today’s world it is so abhorrent to most of us that it’s against the law – in some countries including South Africa – for adults (including parents) to smack or hurt children.

For the most part, today’s kids are better off in many ways than in the past. Glaring exceptions do occur in certain communities and in conditions of poverty and extreme deprivation. But for the most part, the 21st century is providing a safer and kinder world for children than previous centuries. Where we fail our kids today, there is often a strong movement towards coming to their rescue. Today’s world seems to inhabit adults who are genuinely invested in trying to improve the lives of children in distress. Where children have been hurt or threatened, society seems to care and there is an attempt to the repair the damage done. Some of that damage can be linked to the internet. But the obvious negatives of an online, digital childhood need to be weighed up against some powerful advantages.

What the internet means for today’s children
Kids today think and learn differently, partly because of modern technology. The internet and smartphones have brought with them a different way of being, and a different way of engaging with knowledge. Now, with all the ‘knowledge’ in the world at their fingertips, what kids really need is to be discerning about what they find on the internet. The powerfully addictive pull to spend countless hours on internet gaming is clearly not in your child’s best interests. Most parents know how stressful it can be to try to separate a child from his digital device. Most parents also know how irritable children get when they’ve been staring at a screen for a long time. Almost all adults feel great sadness when they witness a childhood lost because of an utter disinterest in anything that doesn’t involve a screen. On the one hand, the internet is an unspeakably powerful resource. But internet knowledge – like all knowledge – is not always truth. Fake news is big in the 21st century!

The internet offers no filters for your kids, except for the ones you put in place through parental controls. No evidence based research is necessary before something gets posted onto the internet as truth. So, the 21st century child has to be skilled at critical thinking. She has to discern whether or not an idea or ‘fact’ found on the internet is true or not. Very young children haven’t yet learned to not believe everything they hear. They have to learn the subtleties of internet marketing and wise up to the pressure to buy or collect a particular range of toys or games. They also have to learn to cast a layer of doubt on everything they read and hear because it may not be based on fact. So who then should today’s children trust and from whom should they take authority?

Today’s kids on a power trip
The balance of power between adults and kids has changed. This varies across cultures, income groups and levels of society. Affluent communities seem to raise children in a way that encourages them to hold more power. Yesterdays kids were taught by adults who had more authority than them. The parents and teachers of previous generations had more power than their children. That is not always the case today. Today’s parents and teachers sometimes struggle to hold enough power to keep children safe and raise them with integrity, consideration and good sense. Teaching kids not to believe everything they read is part of the challenge of raising a 21st century child. But it does complicate the power relationship between adult and child.

Those talented children of today who are deep thinkers and who love learning are lucky to be young in the 21st century. They have a prime choice of teachers, mentors and parent substitutes on the internet. I have met so many super-bright kids and teens who take themselves onto Youtube, TED and various other sites to look for interesting subjects to broaden their knowledge. They share ideas amongst other bright kids, and they create fascinating communities of like-minded individuals, both online and offline. This is the internet at its absolute best!

Like everything, the internet can be used in thousands of different ways – for good and for bad. Whatever you are looking for, you’ll find it online. Today’s children and teenagers often make use of the internet in a highly constructive and positive way. Not all of them get hooked on gaming and not all of them seek out pornography. Some do though, with severe consequences. The addictive power of the internet can take hold and have a dramatically negative impact on the lives of some kids. But the internet can also be used moderately in ways that allow kids to follow trends that are meaningful to them, like learning how to do a somersault or learning how to make slime. Online shopping for toys can be big for some kids and others search the net for books that appeal to them. Their world is opened up in ways that previous generations can hardly comprehend.

Raising 21st century kids means taking a leap into the 21st century ourselves. It means keeping up with trends and keeping pace with our children who are growing up in today’s world. The kids in your life will teach you about the 21st century if you’ll let them. So remember the words of the Scottish physicist, Sir James Dewar,
Minds are like parachutes. They only function when they are open.