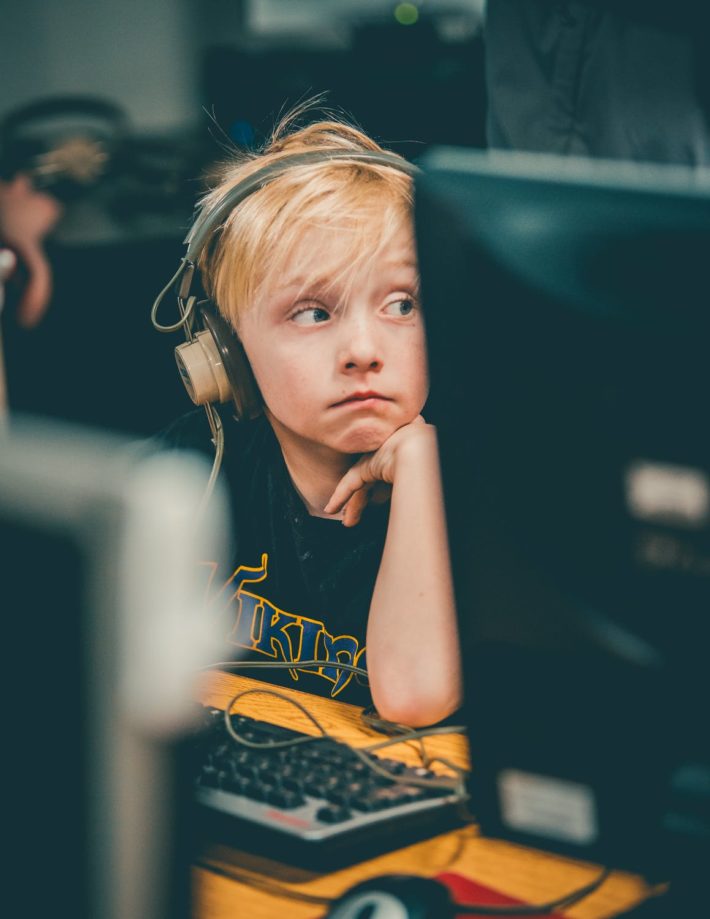 Parents often have concerns that modern technology could be harmful to children. For those of us who did not grow up with computers, it can be really hard to watch our kids sitting for hours – on a beautiful day – glued to the ipad, the blackberry or some mindlessly repetitive computer game. The reality is that, whether we like it or not, our children are growing up in a different world to the one we used to know. Today’s world is about virtual social networking in its hundreds of ever increasing variations, constantly changing apps, technological advances and upgrades that outdate us every few months if we fail to keep up.

We as child psychologists and parents cannot change this and we can’t reverse the tide of modern technology. But we can and we should set limits on the amount of time that children spend hooked to their screens. Computers are addictive. Most kids, if given the choice, would spend too much time at their computer screens and on their smartphones. It’s up to us to ensure that children have a balance between computers, playtime, physical exercise, creative and musical activities, sunshine, nature and fresh air, and face-to-face time with real people, preferably their own age.

So, especially if your child is young, he should not be spending the bulk of his time in front of a screen. It’s your job as a parent to insist on this. Some parents are horrified and afraid of what computers are doing to today’s children, and their concerns are valid when it comes to social skills, irritability, attention and concentration, physical fitness and a healthy, active, balanced life. But computers in and of themselves are not evil. Like most things, they can be used for good and they can be misused and over-used. This can indeed be damaging.

Don’t be afraid to set limits for your child and to regulate the amount of time he spends behind the computer screen. But don’t wage war against computers and thus turn yourself into your child’s computer illiterate enemy. Before you throw the ipad and the smartphone in the bin, remember that modern technology will in all likelihood be essential for your child’s future career, his livelihood and his general existence. And consider the wise words of Eric Hoffer: “In times of change, learners inherit the earth while the learned find themselves beautifully equipped to deal with a world that no longer exists.”