Skip to content
Loading...
Latest news
How to Help your ADHD Child
Children in Mind : Their mental health in today’s world and what we can do to help them
10 lessons learned from the Covid19 pandemic
Surviving the madness of the coronavirus pandemic – going into lockdown
Keeping children safe
ChildrenHome Page 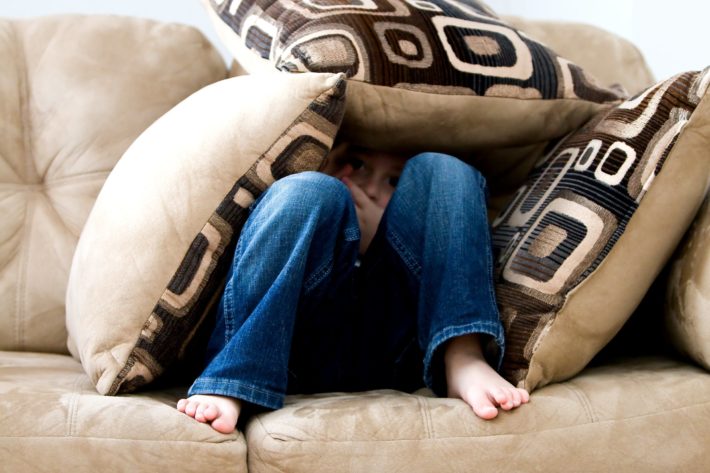 When children are distressed, they often don’t show it and they can’t always find the words to say how they are feeling. Anxiety in children can manifest in a number of different ways. Some kids will tell you clearly that they are scared or nervous and they don’t know why. Some will have particular fears, like spiders, monsters, the dark, loud noises and so on. Some kids are frightened of being apart from their parents, particularly their mothers. Some are terrified to be away from home or of going to sleep. There is meaning behind each of these fears, and the meaning is usually different for different kids.

Scott was 5 years old. For a few weeks he had been complaining to his parents that he had something in his mouth that was making him want to choke. His dad thought maybe he needed to see a dentist and his mom thought he was just looking for attention. The dentist referred Scott to an ear, nose and throat specialist, who advised the parents to take Scott to a child psychologist. The psychologist diagnosed Scott with anxiety. After a few sessions of play therapy with the psychologist, Scott’s choking feeling had subsided. The parents were referred to a different psychologist for a few sessions, so that they could talk through Scott’s difficulties and find ways to help him.

Kids – and adults – can experience anxiety in unusual ways. One example, is the odd feeling of having something in your mouth. Children also try to manage their anxiety in different ways. For example, refusing to go to school, difficulty sleeping, compulsively checking that a door is locked or repeatedly washing their hands. Sometimes children use their phones and ipads relentlessly in attempt to feel calm when they are uncomfortably anxious. Most often, neither the parents nor the children themselves recognize the underlying feeling to be anxiety.

One day at school during break-time, when Kathryn was 12 years old, seemingly out of the blue, she suddenly had a powerful feeling that she was about to die. Her heart was pounding loudly and fast in her chest, her legs felt weak and shaky, she felt extremely nauseous and faint, and she started sweating profusely. Her friends rushed her to the office and the secretary called the ambulance. At the emergency room, after a thorough examination by the doctor, Kathryn was diagnosed as having had a panic attack. This was the first of many to follow, and she spent the next few months being taken from a medical doctor to a homeopath to various alternative therapists including an acupuncturist and a nutritionalist in an attempt to cure her panic attacks. Her parents were relieved that she was not about to die, but they were aware that she was suffering a great deal and they did not know what to do about it.

Children often behave in ways that are not easy to understand, and part of your job as a parent is to try to understand or grasp the meaning behind the behaviour. If you are struggling to do this, it’s probably worth consulting with a psychologist who specializes in working with children. Sometimes parents are reluctant to do this, partly because they don’t want their child to be given a label that looks like a mental illness. They also might not see their child as being psychologically disturbed, and they might not like the idea that there could be something emotionally or mentally distressing for their child. Looking for medical explanations or a medical cure – perhaps a magic pill – can feel easier than thinking together with a psychologist about why the child might be feeling scared, worried or distressed. Sometimes psychotherapy or play therapy is recommended when a child is experiencing anxiety, but other times the parents can be advised to make certain changes in the child’s environment, which would in turn relieve the anxiety.

Contact Jenny Perkel (Cape Town) at 0214619153 or jenny@perkel.co.za if you are concerned about your child. For more about child psychology, see www.childreninmind.co.za or www.capechildadolescentpsychotherapy.co.za.